It was reported that the printers were threatened that their licenses will be revoked if they continue printing my books in the future. There were also reports of these ministry officers demanding money. The actions by the government had instilled fear in the printers from printing my books. For the book prior to this, “1 Moolaysia”, I had to search around Kuala Lumpur, Selangor, Seremban and Penang for theree months before finally found a brave printer who was willing to print my books.

These events proved that the requirement by the PPPA to include the printer’s name in books is used by the government not for the purpose of controlling but more of restricting freedom of speech by ‘killing’ books and printed materials that are critical of the BN government. Due to that, I have deleted the name of the printer in my new book “Lawak & Lawan” as a protest.

I know this would be contrary to the law, but I have a moral obligation to fight against draconian laws such as the PPPA.

I am ready to face legal risk for my action. I also know that, as a result, this book will be tough to sell since it cannot be sold in public premises, but I am also willing to bear that risk. On-line sales of “Lawak & Lawan” can be made through my websitehttp://zunarcartoonist.com/. Bilingual version (English and Bahasa Malaysia, 108 pages), RM25.00 per book. 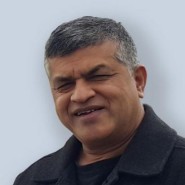 ZULKIFLEE ANWAR HAQUE, better known as ZUNAR to Malaysians, is a cartoonist who has been drawing editorial cartoons for the past 20 years in Malaysia.